FinTech Hype Cycle: Where are we and what is next?

FinTech has not only topped the buzzword list for at least the last three years but has also attracted huge levels of investment (peaking at US$19BN in 2015) from both Venture Capital funds and corporates. Over the course of 2017 however, levels of investment in the sector have slowed and, in some geographies, decreased by as much as 22% (Q1 2017 vs. Q1 2016).

Initially labelled as the group of competitors that was going to give banks a true run for their money, FinTech has since become the sub-industry that is expected to collaborate and synergise with banks to drive digitalization within Financial Services. In this post, I want to look at how the positioning of FinTech within the wider industry is still evolving largely as a result of increased focus on the creation of refined business models that deliver true value.

The FinTech Hype Curve: From Competition to Functioning Partnership

Fintech was originally championed as an emerging group of non-traditional players that was threatening incumbent banks business models. Jobs, customers and revenue were going to be lost to start-ups that were both more agile and better at understanding customer needs than banks could ever wish to be. Over the last 2 years however, we have seen a shift in paradigm, where both banks and FinTech’s have woken up to the advantages of collaboration over competition. This led to continued high levels of investment and a flurry of bank-FinTech partnerships. Of these deals, some have been successful, for example, JPMC’s partnership with marketplace lender On Deck in 2016. However, many of them have not borne the expected fruits.

This flurry of investment and activity seems to be peaking, bringing us to the ‘current state’. Investment in FinTech is slowing, and this is in part driven by banks’ increasing focus on scalable business models that deliver real value to themselves and their customers. This is prompting both banks and start-ups to work towards better understanding and defining problems which can be solved with more targeted FinTech solutions. A move away from a ‘shoot first, find the problem later’ strategy that has driven the collaborative model to date. In light of this, both banks and start-ups are coming to terms with the complications that arise from putting two such different organizations together in a way which brings clear strategic benefits to both parties.

So, while we may be witnessing a dampened levels of investments it is unlikely that the slowdown is indicative of a decreasing interest in FinTech. Rather, what we are seeing is the continued expansion and evolution of a new sector that is still defining its place within one of the worlds oldest industries. The correct formula for bank-FinTech partnerships is being discovered and co-created and will likely take time to perfect. We are already witnessing both banks and start-ups better understanding the challenges they need to solve by working together in a gradual move towards a market where functional partnerships that solve real business problems are commonplace. 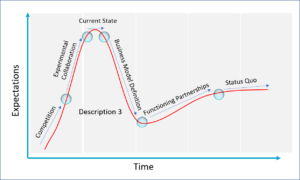 What does this mean for Switzerland?

Switzerland, and, in particular Zurich, with its age-old reliance on banking, provides a network of mature professionals who, having spent time in the industry, are able to leverage knowledge and experience to define and solve problems. The mature sector expertise along with a diffusion of FinTech hubs away from London and California puts cities like Zurich in a strong position to be a leading contributor to the ongoing development of a growing FinTech network. This geographical diffusion will be the topic of a future article. 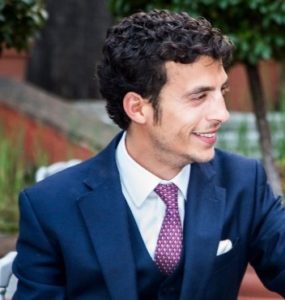 Charles Burns is Business Developer and FinTech Scout for AlmavivA, the largest Italian systems integrator. He works with leading FinTech’s and Italian financial institutions, promoting partnerships and commercialization of new products and services. Prior to joining AlmavivA he spent four years in strategy consulting at KAE in London. He holds and MBA from Copenhagen Business School.