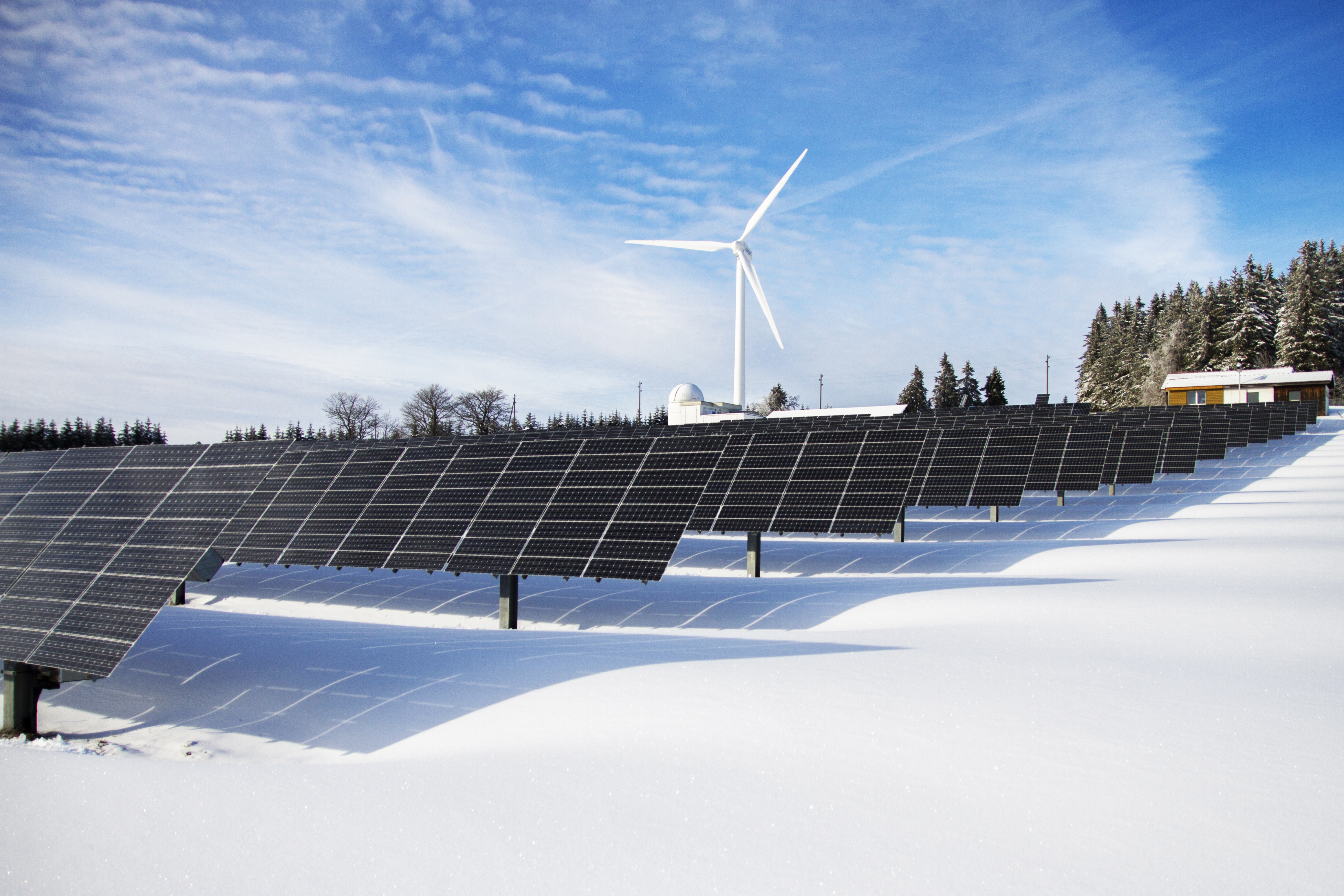 Climate change and the need to curb our greenhouse emissions is not up for debate. Switzerland, for instance, has committed to halving its greenhouse gas emissions by 2030 compared with 1990 levels. In addition, the country has set an even more ambitious goal: to reach zero net carbon emissions by 2050 helping to meet the internationally agreed target of limiting global warming to a maximum of 1.5°C compared to the pre-industrial era.

The answer is yes, and no. Over 58% of Switzerland’s electricity comes from renewable sources, most of it from hydro. Non-hydro renewables account for only 6.1%. That’s good for Switzerland, but what about countries that do not enjoy Switzerland’s natural resources? One of the main downsides of non-hydro renewables is that they tend to be volatile. Put simply, they fluctuate depending on whether the sun is shining, or the wind is blowing. Unfortunately, these fluctuations don’t coincide with energy demand. Imagine a household with solar panels on the roof. When light hits the solar cells, electricity is generated. But here’s the problem. Electricity is generated only during the day, whereas peak demand tends to be at daybreak and dusk when people get up or return from work in the evening. Thus, when households need it most, solar cells are producing the least energy.

This is where a smart grid comes can help. By using battery storage to collect unused energy, users can generate electricity when renewable energy is most abundant, and then sell it back to the grid as needed. Indeed, a key aim of Switzerland’s 2050 Energy Strategy is to create a so-called smart grid whereby energy produced by renewables in homes and businesses can be stored and fed back into the grid during times of peak demand. In order to make this a reality, smart meters will need to be installed in premises, enabling a two-way interaction so that users can return energy to the grid and only be charged for their net consumption. This will make it possible to ramp up production of non-hydro renewables while ensuring that the energy grid remains reliable.

All very interesting, but what does all this have to do with blockchain? Well, a blockchain ledger can be used to create an automated, immutable record of how much electricity is returned to the grid. A smart contract could then automatically trigger benefits for the user, such as a lower energy bill or a voucher for other energy services. Blockchain holds the potential to make such transactions decentralised, automated and highly efficient, while increasing the incentive for homeowners to invest in renewable energy.

A blockchain-based smart grid would cover the entire transaction life cycle of energy, from its initial production, to payment processes. This would enable energy consumers to also become energy producers, trading electricity directly with their neighbours, while having a better overview of their consumption.

A smart grid is like an organism, which uses meters, sensors, IoT devices, and computers to automatically sense and respond to changes in the demand for electricity. Using a 58% powered by blockchain, consumers will be able to compare energy producers and buy directly from their preferred provider. By sharing information about how the energy is produced as well as what it costs, the goal is to increase transparency, drive competition, and promote green energy.

The Swiss Federal Office of Energy is working on a smart grid strategy and roadmap for Switzerland. Smart grids will help to decentralise power distribution and increase the share of renewables in the energy mix. Intelligent control systems will balance out the fluctuating electricity supply stemming from renewable sources while making the grid safer, more efficient and reliable.

Swiss start-ups are working on solutions to produce, distribute and sell energy by using smart grids and blockchain-based payment systems. A good example is the Geneva-based company WPP Energy, which is in the process of building a blockchain marketplace. The company claims it will provide a complete global green energy solution facilitating the trading of energy from Green Energy suppliers at wholesale prices from B2B, B2C, and, in some cases, P2P. The use of smart contracts could enable the WPP Token to serve as a standardised unit of exchange to trade energy at lower costs. How? The smart contracts will represent an underlying fuel futures contract offered by, for example, the plant owner. Subsequently, any contract can be resold on the platform, while the underlying fuel itself is a fully exportable commodity meaning the buyer can take physical possession if they wish. WPP plans to offer two financial settlement options, Fiat or WPP Tokens. And the tokens will carry an additional incentive, as yet unspecified, to encourage greater cryptocurrency adoption in the energy sector.

Overall, however, it’s clear the energy industry has not kept pace with the digital transformation. This leaves plenty of room for improvement meaning the industry has the potential to become more secure, efficient, and sustainable. The good news is that innovative blockchain companies are building the infrastructure to enable a shift towards distributed energy systems, allowing households to contribute to the grid while reducing their energy bills. Ultimately, the goal is to create a decentralised energy ecosystem to incentivise and reward renewable energy production. Watch this space.

THE RELEVANCE HOUSE www.therelevancehouse.com is a full-service marketing consulting agency for firms in the blockchain and emerging technology sector. We don’t operate like a regular agency. Think of us more as an outsourced marketing department. We become part of the team. We focus on helping technology start-ups and projects to build and communicate a relevant brand and story. Why? Because only relevance has impact.