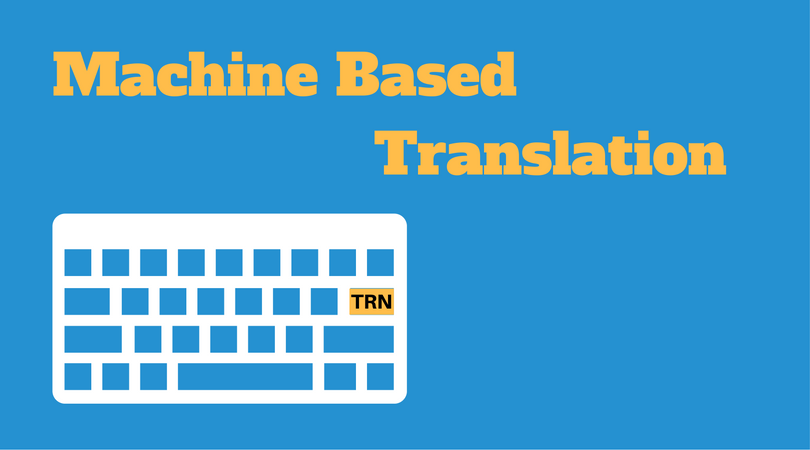 Machine Based Translation – A technological advancement speeding up financial services

Machine translation might not be the classical example one comes up with when thinking about FinTech. However, software using recent technological developments to increase the speed and the quality in interpreting text and financial reports is yet another component showcasing the current advances in the financial sector.

Since the dawn of time the issue of overcoming language barriers has been vital to human existence and avoiding – or at least resolving – conflict. Since the arrival of computers in the mid-20th century, hopes have arisen that technical advances could finally solve the language issue once and for all. Based on the success of code-breaking during the 2nd World War and by exploiting the theories on the principles of natural language, the first computer-based machine translation system was presented in 1949. The USA has always been a leader in these efforts and such technology companies as IBM were involved from as back as the early 1950s. The early efforts were very much limited to carefully selected content, bilingual dictionaries and fixed coding based on specific rules. This became known as rule-based MT and was used extensively even into the 21st century. Early commercial users included the US Air Force, IBM, Washington University, the Atomic Energy Commission and Euratom in Italy. However, it became clear that the output was poor and the systems could not work at the necessary speed. They also had clear limitations when attempting to apply rules designed for one type of output to a different type of content.

A devastating report by the Automatic Language Processing Advisory Committee (ALPAC) in 1966 concluded that the systems were extremely poor value for money and efforts were all but abandoned in the U.S. over the coming years. However, demand remained in the 1970s for functioning systems and was furthered by an increase in globalisation and language needs in Canada, Europe and beyond.

The greatest advances in applying machine translation have come since the mid-1980s when Makoto Nageo proposed using examples rather than statistics or rules to generate the output. Since we know that the translations – originally produced by people – are good, they can be fed into the machine translation engine and used as examples of good output. These sentences can then be analysed and re-used. The parallel advances in translation memory – where the source and target texts are stored in a memory for future use – mean that translators have collected a huge amount of data with “good” translations that can be fed into such example-based systems. Now that hybrid systems have been generated that combine all of the methods used from the 1950s on, the quality of the output for a variety of domains and purposes has improved greatly.

Although there are many and varied examples of machine translation failures online, there have been significant improvements in certain language combinations and specialist subject areas. Current systems work best with languages that are more closely related, e.g. English and Spanish, and have lots of bilingual text available in a specific field, e.g. IT. Researchers are however still struggling to achieve acceptable output in unrelated language combinations, such as English with Chinese, Japanese and Korean, and in areas where there is less text available to use as examples. The difficulties increase exponentially with language combinations not involving English since the volume of data that can be used for training is much smaller. Even non-Latin based European languages, such as German and Hungarian, generate lower quality results because of their complicated grammar structures. Despite huge investments by such companies as Google, Microsoft (Skype – Bing) and Xerox, the universal communicator of Star Trek fame remains a piece of science fiction rather than fact since no machine translation output can yet be used for customer-facing content without first being edited by a human being. Issues still to be resolved include:

Nevertheless, the output of modern MT systems has been massively improved by example-based systems and the leveraging of large-scale translation memories. This is the case in particular when dealing with a limited subject area. For example, it is possible to produce an MT engine for a specific field such as financial reporting, standard pharmaceutical submission documents or even patent translation, if there is an adequate corpora of documents available that relate to a narrow and specific field and a single language combination.

The very newest approaches to machine translation are part of the current trend towards machine learning and include “neural machine translation”. In contrast to past technologies, this approach, which was established by the Localization Industry Standards Association (LISA) working with the University of Montreal, involves training a single, large neural network to soft align the input sentence in order to predict the next word. Since the current LISA system was trained on corpora from the United Nations and European Parliament, it current works best on related subjects. It is hoped that as the engine learns, new subject areas will be added and the range of topics that it can translate will increase. Researchers are currently working on handling rare words and improving the output of longer sentences, e.g. using a “soft attention mechanism”.

Systran, the oldest MT provider in the world, has also developed neural MT. They have seen massive improvements in unrelated language pairs, such as Korean <> English and French, even at the full sentence level. However, other language pairs, including German <> English, remain challenging. There is an expectation that neural machine translation will replace the other methods but since the technology is still very new, a lot of work lies ahead so hybrid systems combining the various methods are expected to continue for some considerable time into the future.

Gill Searl, who is a Diplom-Betriebswirt (FH) and holds an MBA from Cranfield University, has been involved in the language services industry for 16 years as a freelance translator, company owner and consultant at Linguagloss. This includes keeping up-to-date with the rapid changes to computer-aided translation (CAT) tools and recent improvements in developing machine translation engines. Her company has finished the customisation of a machine translation engine for German/English financial reporting.