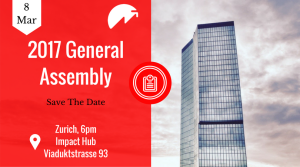 More that 50 members joined our General Assembly on March 8th. Since launching in 2015, the Swiss Finance + Technology Association has attracted over 400 members and expanded the range and diversity of its services and activities. It was now time to reflect, share with those members the track record, and give them the chance to raise their voice in the Swiss FinTech Community.

After the presentation of the many different activities done by the SFTA, the crowd had to vote about 10 different motions.

The Assembly has ended with a networking apéro for all the participants. 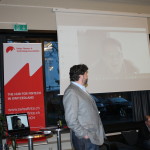 Intervention of Alexandre Gaillard, Vice President of the SFTA 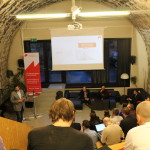 The 2017 GA was presented by John Hucker, President of the SFTA