After being inundated with questions, I wanted to share some thoughts on the implications for cryptocurrencies, the local economy, and the future of the Swiss FinTech ecosystem

What does Libra Coin launching mean for cryptocurrencies?

It has been a decade since Bitcoin was created and the past five years has seen intense developments around blockchain and related innovations, so the news that Libra Coin is launching along with a group of leading industry partners is a huge signal that cryptocurrencies are ready to go mainstream. Immediate reactions in crypto markets show a very positive impact for the price of other cryptocurrencies. It offers longer term support for other cryptocurrencies, because once Libra is in place, clients (even your grandmother) could more easily exchange currencies. Libra also offers an anchor for an ecosystem to develop around their platform as well as opportunities for other developers to easily connect their innovations into a broader network.

It is hard to give a definite answer, but in the long term, if Libra is successful, it would be easy to imagine how it could become the digital currency of reference, a bit like the role of the USD in the world of fiat currencies. This would result in a consolidation of the other cryptocurrencies that have exploded into existence, spelling the end for many along the way.

What effect does the new digital currency have on Swiss FinTech companies?

It is very positive overall, as it shows that the core value proposition of Switzerland as a location for these types of global, disruptive businesses is being recognised in Silicon Valley and elsewhere, when looking to build companies for the digital economy. It should also bring more balance to the Western side of Switzerland in terms of activity. Local FinTech companies can play a role in making Libra a success and benefit from a strong local player in the ecosystem. Libra could also offer solutions for SMEs and FinTech businesses to use the new coin. That said, it could cause talent shortages, distract from other high potential ventures, or crowd out smaller innovators in the space. We have to see how it plays out.

What does it mean for traditional players in the Swiss financial center?

Notably, there are no Swiss firms involved in Libra consortium at launch, despite it being based here. The consortium is limited to just 100 members and there are already at least 28 confirmed. This is a clever tactic for building an ecosystem with a sense of exclusivity that creates urgency. Whether through seeking insights from the Association or approaching my business Elliott Capital about ecosystem building, Swiss Financial services leaders are evaluating how they can plug into this opportunity to participate in a new service industry, to create new products, and to serve clients using Libra. 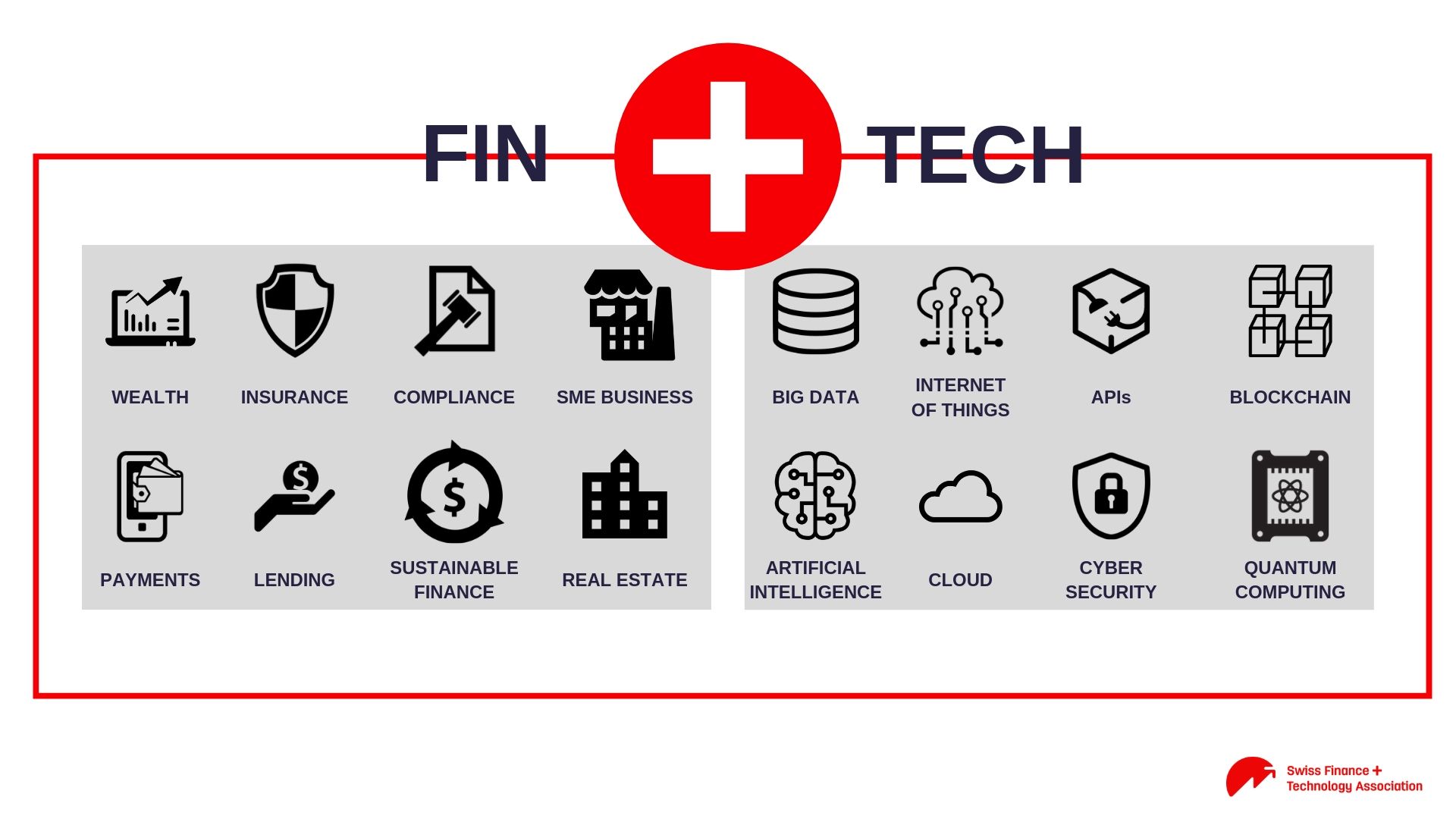 We have seen a similar patient approach to engaging in the local FinTech ecosystem at a significant level and would encourage Swiss banks, insurers, and service providers to realise the potential to play a leading role in the future developments as finance and technology converge to create new opportunities in the digital economy. It is already being realised by tech giants like FaceBook, Apple, Google, and Amazon, (see our perspective on TechFin), but also in Asia, where TechFin giants are showing the power of platforms and digital ecosystem, as we also highlighted recently.

At this rate, we can already imagine the day when the prime locations of Paradeplatz have been rebranded by FaceBook and Alibaba. Switzerland has all the right characteristics to play home to cross-industry ventures like Libra, which is why we are introducing the epicntr concept to Zurich, so that there is a place where innovators and industries can connect to shape the digital economy.

Why did Libra choose to establish in Switzerland and why will others follow?

I meet regularly with international entrepreneurs, investors, companies, and policy makers who want to understand what makes Switzerland an attractive location and dynamic FinTech ecosystem. The fact is that Switzerland has an ability to create a jurisdiction which is unrivalled in stably balancing traditional strengths with a pragmatic approach to new innovations, whether it be in terms of regulation, taxes, or other aspects of the country. But coming back to Libra, I cannot help but see the link to our friends at Xapo, who we welcomed to Switzerland three years ago to share a very strong story with the world about why the Swiss FinTech ecosystem is the ultimate location for such businesses.

“Switzerland is at the very forefront of global developments in the blockchain space and in the process of introducing new rules and regulations for DLT that reflect major business opportunities for innovative market participants” says Luca Bianchi, SFTA-Vice President and Head of the Advocacy Committee. (see our recent submission on DLT regulation)

What significance is there to Geneva being selected as the location for Libra?

As the national FinTech association, active across Switzerland, we have discussed this topic in detail, whether it be about Geneva’s role in the Swiss and Global FinTech ecosystem as we curated for a global showcase at sibos 2016 in Geneva, or specifically about Libra’s formation, which was addressed directly with a question from our audience to local politician Pierre Maudet at an event just after the announcement of Libra.

In short, it offers all the same benefits of the East of Switzerland, with the strong Geneva Financial Center and EPFL nearby, but it is also less crowded than Zurich and home to international organisations like the United Nations, World Trade Organisation, and many others. Remittances would seem to be an immediate opportunity for Libra to make a global impact using finance, technology, and financial inclusion. This was a very savvy choice by FaceBook and job well done by the local leaders to make it happen.

What about FaceBook’s recent reputational problems? Does this threaten success of Libra?

Possibly. The power of such a global payment platform, especially when connected to identity and communications of FaceBook itself, is immense. It also has to be kept in mind that FaceBook was created with help from investors like In-Q-Tel, the CIA’s venture capital fund, and that many attribute the creation of Bitcoin by Satoshi Nakamoto to the NSA. Depending on perspective, the issues around reputation, transparency, and power could be a major concern for Libra. Meanwhile, Tencent and Alibaba have created integration TechFin conglomerates in China, so the question of trust is absolutely relevant to these developments.

What is the new consensus emerging and why is it the future of the Swiss FinTech ecosystem?

It is important to remember that it was the technology to record information on CD-ROM disks which became the tipping point that ended the old competitive advantage of the Swiss financial center.

Switzerland is a country with consensus in its DNA, so it was no surprise that the end of the old value proposition was followed by over a decade of uncertainty about the future; however, out of that period while the community debated, the opportunity to play a leading role in the digital economy is becoming clearer.

The Crypto Valley label has shown the huge potential of Switzerland as a location to attract digital businesses; however, the digital economy requires much more than blockchain innovation. It is about the fundamental merging of tech and finance into something new and very powerful.

Libra and the broader theme I call FINTECH+ – i.e. the central positioning of FinTech in digital ecosystems, as industries converge – show a new value proposition as a global hub for developing digital economies. Ideas of sustainability and inclusivity will be key ethical considerations, among the many others raised by the Fourth Industrial Revolution.

Interested to be a part of the new paradigm? Learn more about the opportunity of digital ecosystems and get involved with the Association and FINTECH+ 2019.

What do you think about Libra and the future of Switzerland in the digital economy? Leave a comment or post a reply with your thoughts.

About the Swiss Finance + Technology Association

We foster the development of the Swiss FinTech ecosystem by connecting the various stakeholders, conducting research and leveraging the knowledge base of our members, advocating for improved regulations and policies which balance the interests of all stakeholders, and promoting our members, subscribers, and the ecosystem both at home and internationally.