Fintech is taking off in Switzerland – albeit slowly. But why? Perhaps one reason is the structure of the Swiss financial sector, which limits the potential of certain technologies. What works abroad will not necessarily work here – especially in fintech. This article is part of the new Fintech book, which has been published by swiss made software and includes an article by the SFTA president.

The global fintech trend has hit Switzerland. This is evident in the large number of new fintechs – 85 since 2012, the many new accelerators and incubators, various initiatives, and the assortment of new professional associations that are representing the industry’s interests.

The banks, too, are making their move: UBS has officially introduced its fintech strategy, albeit with relatively few activities in Switzerland itself, and there are rumors that even Credit Suisse has something in the pipeline, although the bank itself is rather silent on the matter. Something is also stirring among the cantonal banks – GLKB is investing heavily in online services, while BLKB was the first Swiss bank to launch a crowdlending platform. This puts Switzerland ahead of Europe in this area, at least, as aside from one exception in France, no other European banks have their own crowdlending platform.

FINMA picking up on fintech 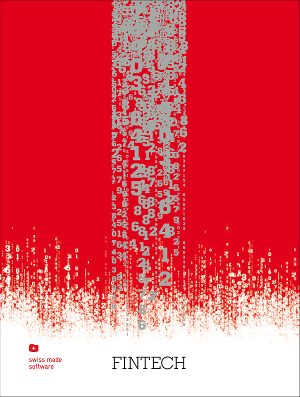 swiss made software has just published the Fintech book – get your free copy here – see more info at the bottom of the article.

FINMA is also sending positive signals. 2016 will see the introduction of online identity authentication for individuals, a ‘light’ banking license, and a ‘regulatory sandbox’ for experiments in a license-free environment. But these measures are not going anything like far enough for the fintech industry. There is a whole catalog of wishes and many are still quibbling over the (in-)actions of the regulator, but it is debatable whether it could have acted any faster. The IT industry should perhaps take a long hard look at itself, too.

After all, fintech is an area that was obviously going to be strictly regulated. This is of course a rather new concept for many children of the Valley, as success there often involves a venture into regulatory gray areas. Amazon has paid no sales tax for years, and Uber is up to its neck in legal proceedings. Of course, there is also space to discuss whether Switzerland really is so late off the mark. After all, there are structural reasons why not every business model that works abroad can achieve the same success in Switzerland. For one thing, there are not so many people here – especially when compared to the populations of the United States, China, or even Germany.

Does digitalization threaten Switzerland as a financial center?

This makes it disproportionately harder to achieve economies of scale. The composition of the local finance industry also means that change must be approached in a different way. Insurance companies are under less pressure than the banks, and private banking is not really a mass market, but a people-driven business.

But this does not mean the sun is always shining across the Swiss Alps. Switzerland’s comfortable situation is not in itself a means to maintain its position in banking and finance. The clock is now ticking for every part of the finance sector, even those that were previously isolated from the effects of digitalization. Thankfully, recent developments show that Switzerland has made the first steps. Only time will tell whether it is moving fast enough and in the right direction. Ultimately, nobody can say for sure where things are headed. Part of the nature of a paradigm shift is that you only know where you were going once you have got there. Only in retrospect does everything become clear, mainly thanks to the benefit of hindsight and survivorship bias.

About swiss made software

swiss made software has just published a book on fintech. The article above is an excerpt out of this book – parts of it have been created in collaboration with the SFTA.

More details about the Fintech book.